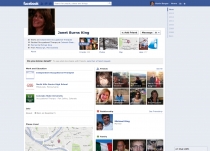 Our 11 year old had decided this year he wanted to be a NASA Engineer.  It just so happened 5th graders are free to enter with proof of age/report card and we were planning on a Florida vacation!  We arrived to New Symrna Beach on a Saturday afternoon in June.  Signs on the resort notified us of a rocket launch scheduled for 12:29 am that morning.  We were 40 miles from Cape Canaveral and the NASA Kennedy Space Center and it just so happened our balcony faced the direction of the launch.  We watched in awe in the air and on tv our first Space X Falcon 9-SES12 launch.  We were bitten by the flight bug!

We were advised to plan to spend the entire day at the Kennedy Space Center – and boy were they right!   Not sure what to expect, we entered with huge rockets lining the entrance called the Rocket Garden.  We headed to the bus to take to riding tour of all the launch sites before it got too crowded.   We saw old and new launch sites and Shuttle landing site.  We visited the  Apollo/ Saturn V Center.  Here we got to walk beneath the largest rocket ever flown.  Awesome!

Each exhibit was more awe inspiring than the next.  The shuttle launch experience, the International Space station gallery, Forever Remembered and seeing Atlantis were awesome.   There were two engineers available for questions.  My son was given souvenir coins from each for asking questions which made his day!  There was an Astronaut Memorial, T38-Talon Jet to see as well.

Let’s not forget the gift store for everything NASA.  I didn’t realize we were in need of so much – but we couldn’t stop!  We did a family photo with the green screen, which resulted in my one son looking as if he head was floating since he was wearing a green shirt!  This alone was worth the photo and worth many laughs and memories.

We ate at the Rocket Garden Café and was pleasantly surprised the prices were reasonable and the food yummy!  There were seven different food and drink opportunities on site.

We actually DID run out of time, the troops were petering out by 4:30 and we never made it to the IMAX theaters.  There were plenty of additional activities one could sign up for including Lunch with an Astronaut, Cape Canaveral Early Space Tour, Launch Control Center Tour, KSC Smartguide, Cosmic Quest and Astronaut Training Experience and the Explore tour.

Good news is you can get an Annual Pass which will pay for itself in two visits and good for 1 year.  You can bet we will be back!

Leave a Comment
submit a review Join our blog team

Proud Member of The US Family Guide Network